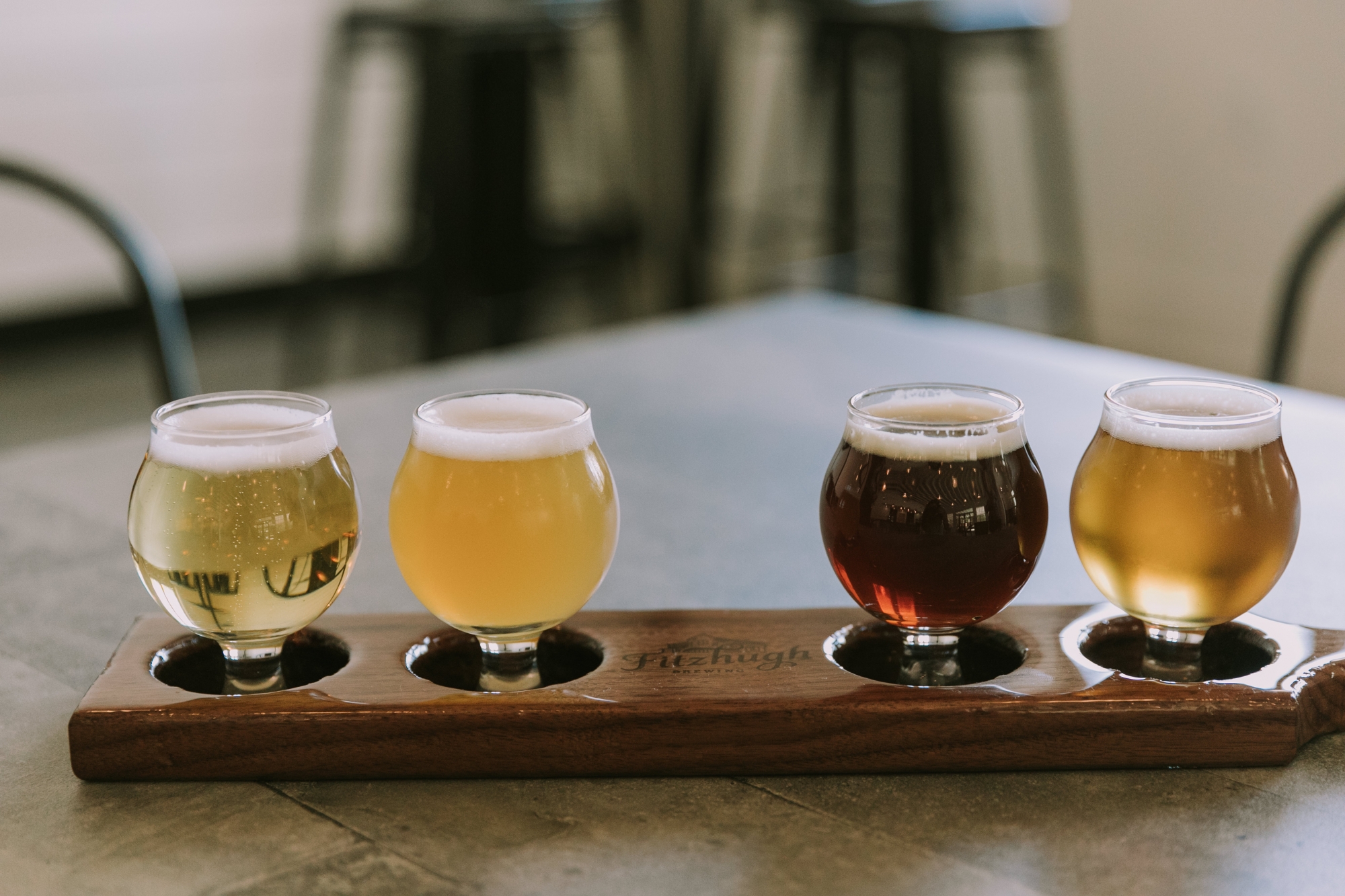 A showcase for traditional Belgian beer flavor, this Golden Strong has slight fruit notes, a hint of spiciness and a dry finish. Made with Belgian Pilsner malt, Belgian Candi Sugar and Belgian hops, this beer is very truly of it's place. The yeast strain used to ferment this beer is responsible for that wonderful Belgian character, but the beer itself undergoes a short lagering period to really help accentuate the crisp dry notes. Sometimes it is hard to top a classic. Cheers!

A light, crisp, and refreshing ale, our blonde is brewed with American 2-row barley, Centennial and Cascade hops, and a clean fermenting ale yeast.

One of the only true Dutch styles of beer, the Koyt was a mainstay of breweries in the Netherlands from 1400-1550. Koyt is a "three-grain" beer made with oats (45%), wheat (20%) and barley (35%) and is unique in its use of primarily oats in the mash. Oats were a less expensive grain in the Netherlands in the 15th century and were a more feasible alternative to barley in the brewing process. Moderate bite with a smooth finish, this ale provides some insight into what beer in the Netherlands might have been like in the 1400s.

This classic German beer is the best of both the lager and the ale world. Fermented at temperatures closer to an ale, this beer then undergoes an extended lagering period to allow it to develop its trademark clean and crisp flavor. The Fitzhugh Kolsch sticks very closely to the original German interpretation of the beer. 18 IBUs, Cologne Germany water profile

Valkyrie is our 2022 Pink Boots Society collaboration beer. A Norwegian style beer in the Voss Kveik tradition. Juniper infusions in the mash and sparge water, followed by a long boil and a recirculating step through a Texas Pecan log courtesy of Troy Swift, owner of Swift River Pecans. Fermented “blood warm” with Voss Kveik yeast for a citrusy, woodsy, Umami character. Hopped during the boil with the Pink Boots hop blend and dry-hopped post fermentation. A Texas take on a rustic Norwegian beer celebrating strong women everywhere.

The Hazy or New England IPA (NEIPA) has its origins in a wonderful brewery in Vermont called The Alchemist. This style pushes hops far away from their typical use as a bittering ingredient and explores the lush juicy character they can bring to a beer when added late in the fermentation process. Our Hazy has nearly 3 lbs of hops per barrel, but only 8 ounces were added during the actual boil of the beer. The rest were added during knockout and during fermentation. Hops were added during the peak of active fermentation to allow the yeast to bio-transform some of the flavor compounds into something unique, and another healthy dose was added after fermentation was complete. Cloudy by design, this beer is a juice bomb!

"Winemakers Chris Brundrett, of William Chris Vineyards, and Andrew Sides, of Lost Draw Cellars, have joined forces to advance the reputation of Texas as a wine superpower! The new brand 'Yes We Can' is a collaboration crafted with pride to showcase the quality fruit provided by Texas winegrowers. Sway Rose is a canned Rose wine meant to be enjoyed by wine lovers from all walks of life, who are bound by a perpetual thirst for something delicious, different, convenient, and something that can proudly be shared pretty much anywhere! Sway Rose is 100% Texas grown and 100% Texas made."

Fruliano(20%) and Chardonnay(80%) blend, crisp, lightweight Italian wine, On the palate, this blend is crisp and clean with a zesty, white grapefruit flavor

From Hye Cider Company, dry and crisp drinks like a Prosecco

Food by PEJ Kitchens Ask about our daily specials

cup of our house made salsa with fresh chips

All sandwich's served with kettle chips or fries ($2 upcharge)

Bacon, Lettuce, Tomato with mayo served on a Croissant served with kettle chips.

Upgrade to Fries for $2 more

5 mini corndogs with 4 oz of mac and cheese

Menu items subject to change. Check out our nightly specials!

**We are not taking reservations, we have ample seating inside and out so it's first come first serve on tables**
**We do not take food orders over the phone, please come in to order thank you**

We are dog friendly, they are welcome on the patio and in the beer garden areas. Please pick up after your dogs and be respectful of the space. Thank you!

Per TABC rules we are following all Covid guidelines. Please let us know if you have any questions regarding this information.